Elon Musk’s purchase of Twitter stirred up everyone and became the main topic of discussion in the IT industry. The board of directors of the company hesitated for a long time whether to sell to the richest man in the world or not, given his controversial reputation. It seems that now the social network is waiting for big changes, which can only be assumed.

Back on April 14, Musk wrote on his Twitter account “I made an offer” and left a link to the document – a letter to the head of the Twitter board of directors Bret Taylor and a transcript of his conversations with the leaders of the social network. It turned out that the businessman had offered to buy 100% of Twitter shares for an unimaginable amount of $54.2 per share — up 54% from the day before Musk began investing in the company. 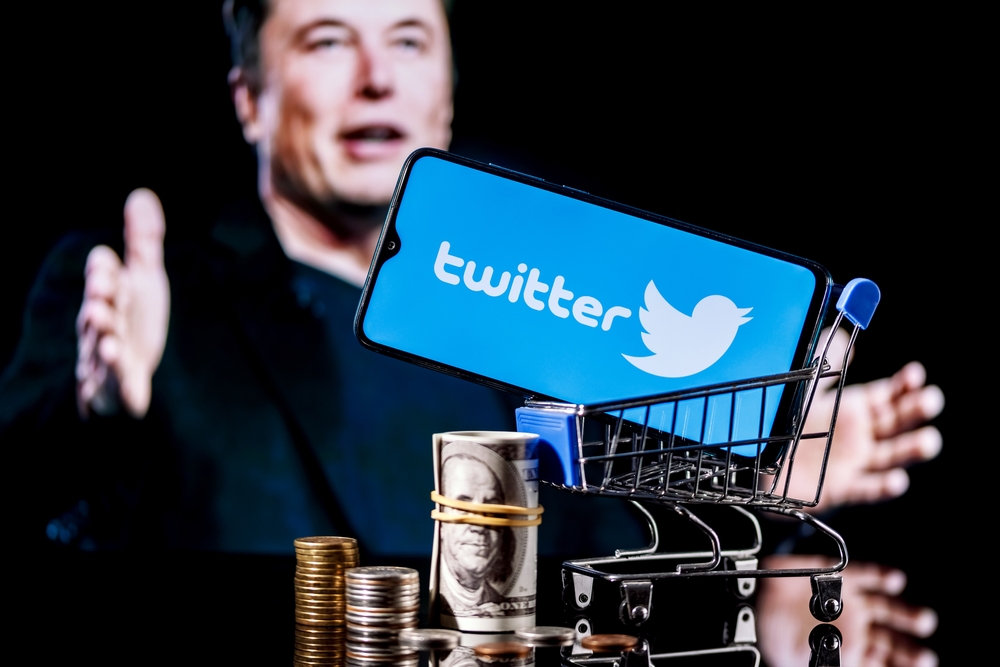 “I invested in Twitter because I believe in its potential to become a platform for [expressing] freedom of speech around the world, and freedom of speech, in my opinion, is a societal imperative for a functioning democracy. Since [buying Twitter shares], I have realized that the company in its current form will neither prosper nor serve this public imperative. Twitter needs to be turned into a private company,” he wrote to the board of directors.

Musk clarified that his offer is final. In case of refusal, he promised to “reconsider his position as a shareholder.” After Musk’s announcement, social media shares skyrocketed. But the reaction of the rest of the shareholders was not happy: many began to look for a way to refuse his proposal and were not eager to sell the company, says Devby.

The growing influence of the social network leads to a fierce debate about freedom of speech on the platform. Criticism of unfair moderation, which is against the law, is being poured on Twitter from all sides. The most radical measure in the entire existence of the social network was the blocking of the account of former US President Donald Trump after the storming of the Capitol on January 6, 2021.

The company is also facing financial problems. Before the pandemic, in 2018 and 2019, the social network was profitable, but after 2020, the figures remain unprofitable year after year. Attempts to keep up with other platforms were not successful: the new Twitter Fleets feature was closed after eight months of operation, and the Spaces service did not repeat the success of Clubhouse.

It seems that for Musk, buying Twitter is a personal story. It is known that the activity of a businessman in his account more than once became an occasion for endless jokes. And not just jokes: the billionaire’s unpredictability and sarcasm led him to litigation with Tesla shareholders and the US Securities Commission (SEC). With an audience of 80 million, Musk has become a troublemaker.

For example, several tweets by Musk in 2021 led to a 15% fall in the Bitcoin exchange rate and a 50% increase in the Dogecoin cryptocurrency. But Musk suffered the most after the publication of the decision to privatize Tesla. Then in 2018, the SEC accused the head of the company of fraud and asked the court to remove the businessman from management. The businessman wrote that he was ready to offer shareholders $420 per share and would find financing for the transaction.

Then, already in 2019, the SEC accused the businessman of misleading Tesla shareholders. The commission also said that Musk did not consult with lawyers before publishing the tweets. After that, the billionaire agreed not to disclose the plans and performance of the company on social networks without the approval of a lawyer. Finally, the latest lawsuit of 2021 involved Elon and his brother Kimbal: he allegedly told him to sell Tesla shares before publishing his question about selling 10% of the shares.

As a result, investors got tired of suffering losses due to Musk’s unpredictable behavior on Twitter. They also filed a lawsuit against the head of the company. The billionaire was offended and filed an appeal against the court’s decision to control his account. Musk complained that the agreement was made under duress and that the commission abused the checks. But the court rejected the petition and noted that there was no pressure on the businessman. Then Musk decided to buy Twitter.

Musk began buying up Twitter shares in January of this year without fanfare. The fact that he became the largest shareholder of the company became known already in March, when his share reached 9.2%. At the same time, information appeared that Musk was likely to join the company’s board of directors, but the businessman suddenly changed his mind, as reported by Twitter CEO Parag Agrawal. And four days later, Musk announced plans to buy the entire social network.

Buying the social network on his own would not be easy: Musk does not have so many funds to complete the deal, since most of his fortune is connected with shares in Tesla and SpaceX. Then the businessman began to look for loans: he received $12 billion secured by Tesla shares from a group of banks led by Morgan Stanley. Musk promised to provide $21 billion from his personal funds. It is not clear where these amounts will come from immediately, but in a pinch, the billionaire can cash out some of his assets, says NIX Solutions.

The latest attempt to defend against a board takeover is a poison pill. Twitter opted for a defensive strategy that could thwart Musk. If a shareholder acquires a large number of shares, other shareholders also have the right to buy additional shares at a discount and thus dilute the provocateur’s share.

The agreement between the Twitter board of directors and Musk does not yet mean that the deal has taken place. The US Securities Commission (SEC), with which Musk has an unimportant relationship, did not say his word. So far, the SEC has not accused the businessman of violating any rules, but the department is carefully monitoring his behavior in acquiring the company.

Musk’s statements and his actions to increase his share on Twitter may become subjects of close attention of the regulator. The problem is that the billionaire did not notify the commission in time about the acquisition of 5% of the shares. The notification came to the regulator only 11 days after the expiration of the legal period. Angry shareholders report that this trick saved the businessman $143 million and resulted in huge losses for other shareholders.

Experts predict different scenarios after Twitter goes to Musk. However, you can notice some predictions that are repeated by many. The company will go private first, but Musk promised to keep as many of the current shareholders as possible. What the future board of directors of the social network will look like is unknown. It is also unclear how Musk is going to combine the management of this media asset and his other companies: Tesla, SpaceX, Neuralink and Boring Company.

The billionaire has repeatedly stated that he is concerned about the growing moderation of content on Twitter, from which he himself has suffered more than once. Musk believes that the moderators are going too far and interfering with freedom of speech, which, due to their actions on the platform, is limited. However, social networks cannot exist without some kind of moderation. Some journalists write that Trump supporters, quiet after his blocking, are already rubbing their hands, thinking about the return of the old days on the social network.

Another Musk idea that seems rather controversial is the open source model. Thus, if this model is applied to Twitter, it will increase user confidence in the platform, the businessman suggests. There will be no more discussions about hidden algorithms that all social networks love to get involved in. However, there is a similar problem here as with moderation: open source will untie the hands of many, and experts are already predicting a real tsunami of spam if this model is applied to the social network.