Popular social networking site TikTok is testing an unusual way to dislike comments to help people “feel more in control” of what they watch. The company recently announced the experiment in one of its corporate blog posts. 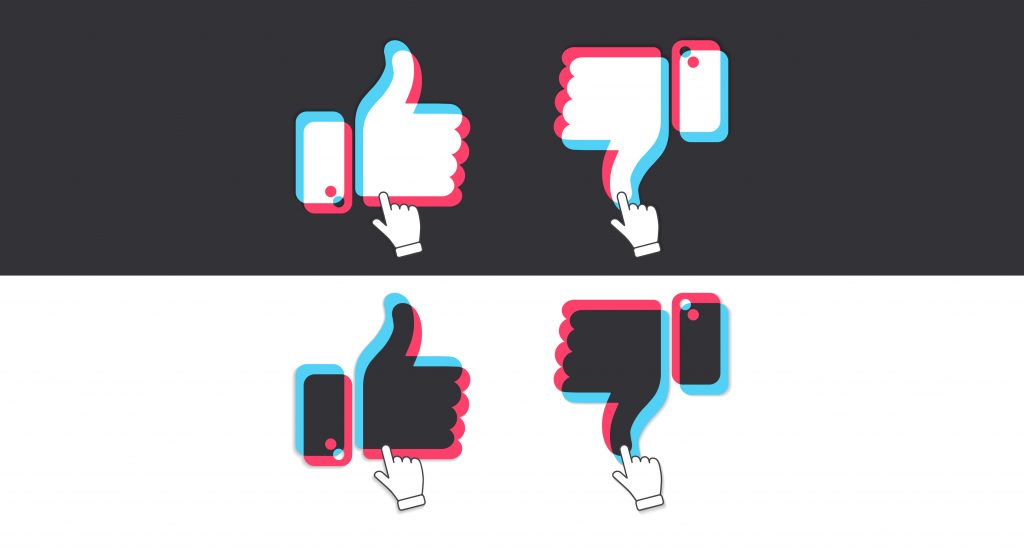 So far, there are not so many details about the new feature. Some users participating in the test posted screenshots on Twitter showing the thumbs down button in the comments to the right of the traditional hearts. The company clarified that users will not be able to find out that their comment has been disliked, therefore, apparently, there is no public demonstration of their number, in contrast to the number of signs of approval, says 3DNews.

“We’ve begun testing a way for individuals to identify those comments they find irrelevant or inappropriate,” the company explains. According to its representatives, in order to avoid hostility between members of the community and not to demoralize content creators, only the person who left it will be able to see the dislike.

Whether or not to leave dislikes has become a hot topic of discussion lately, notes NIX Solutions. Video hosting YouTube, which has been practicing them for years, recently closed the view of the number of negative ratings for everyone except the authors, while maintaining the appearance of the number of likes. Although many authors welcomed such measures, there were also many who spoke out categorically against such “hothouse” conditions for maintaining canals. In the case of TikTok, the use of dislikes seems to be even more limited. It is known that the use of one of the options for dislikes was also started on Twitter last summer, but their number is also impossible to see.